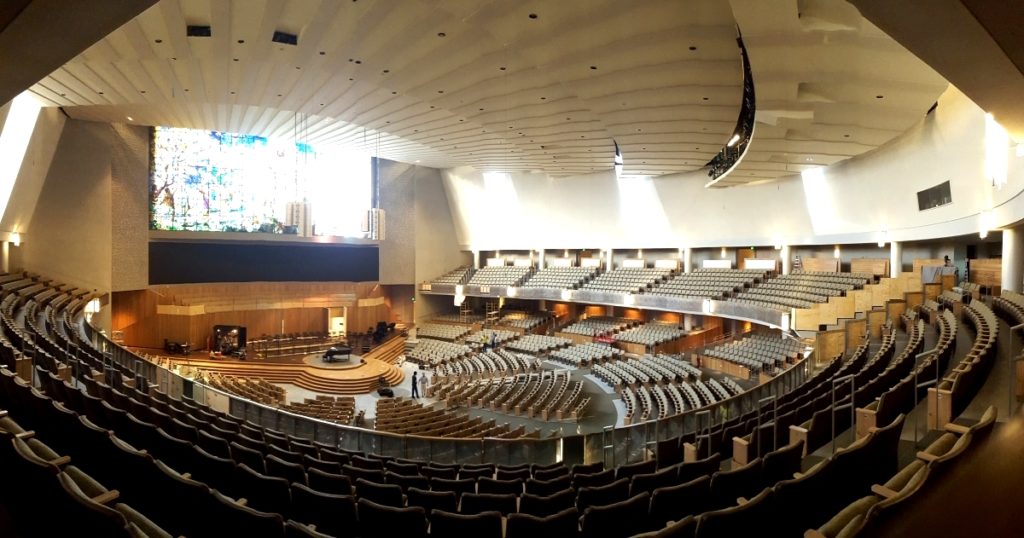 At Easter 2017 this beautiful 3500 seat (mega) church was officially opened. It has well balanced natural acoustics with a relatively short reverberation time. This forms a good basis for ACS to generate variable acoustics.

By adding early reflections ACS improves the clarity and transfer of sound throughout the hall.  Different reverberation times can be selected for the nice supportive (church) acoustics for congregational singing, choir, organ, modern music, etc,… either amplified or un-amplified.

Divided over the space 40 microphones record sound. Choir, chancel, main hall, under and over balcony area’s are all accurately covered assuring that the hall can become a true acoustical unity.
ACS processes the recorded sound and adds the desired acoustical environment. This is rendered over 120 loudspeakers mounted (as good as) invisible at strategic locations in the hall.