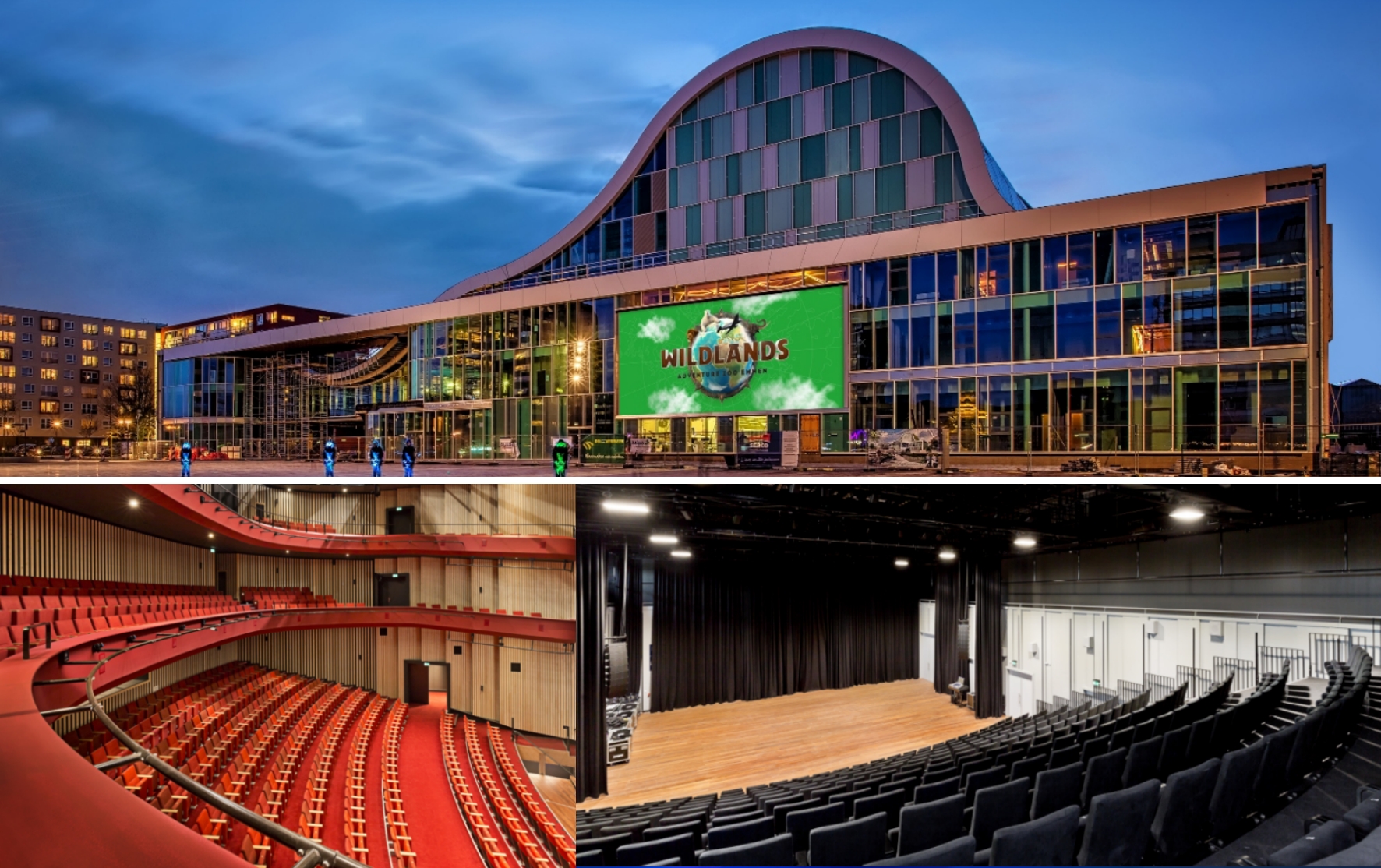 Emmen is a city in the Netherlands, near the German border.
Their former theatre became outdated and given its strong regional function, city, province and theatre management decided to opt for a totally new and high class theatre.  At the time this project started  the famous Emmen Zoo planned to move to a different location. As a result new way of thinking was was developed: combining both worlds.

Although theatre operates independent the building forms the entree port to the Zoo. It resides almost embedded in this beautiful new animal habitat.  Facilities/spaces of both “worlds” are shared when practical.

The ZOO is designed conform the latest thinking about how animals in captivity should be kept.
The Atlas theatre itself uses the latest technology including the best possible flexible acoustics for both their 822 seat and 300 seat/1000 standing places hall.

A wide range of facilities to accommodate the most demanding theatre- and music performances.
To stay away from any compromise and after comparing many sytems acoustical consultation decided unanimously for ACS.